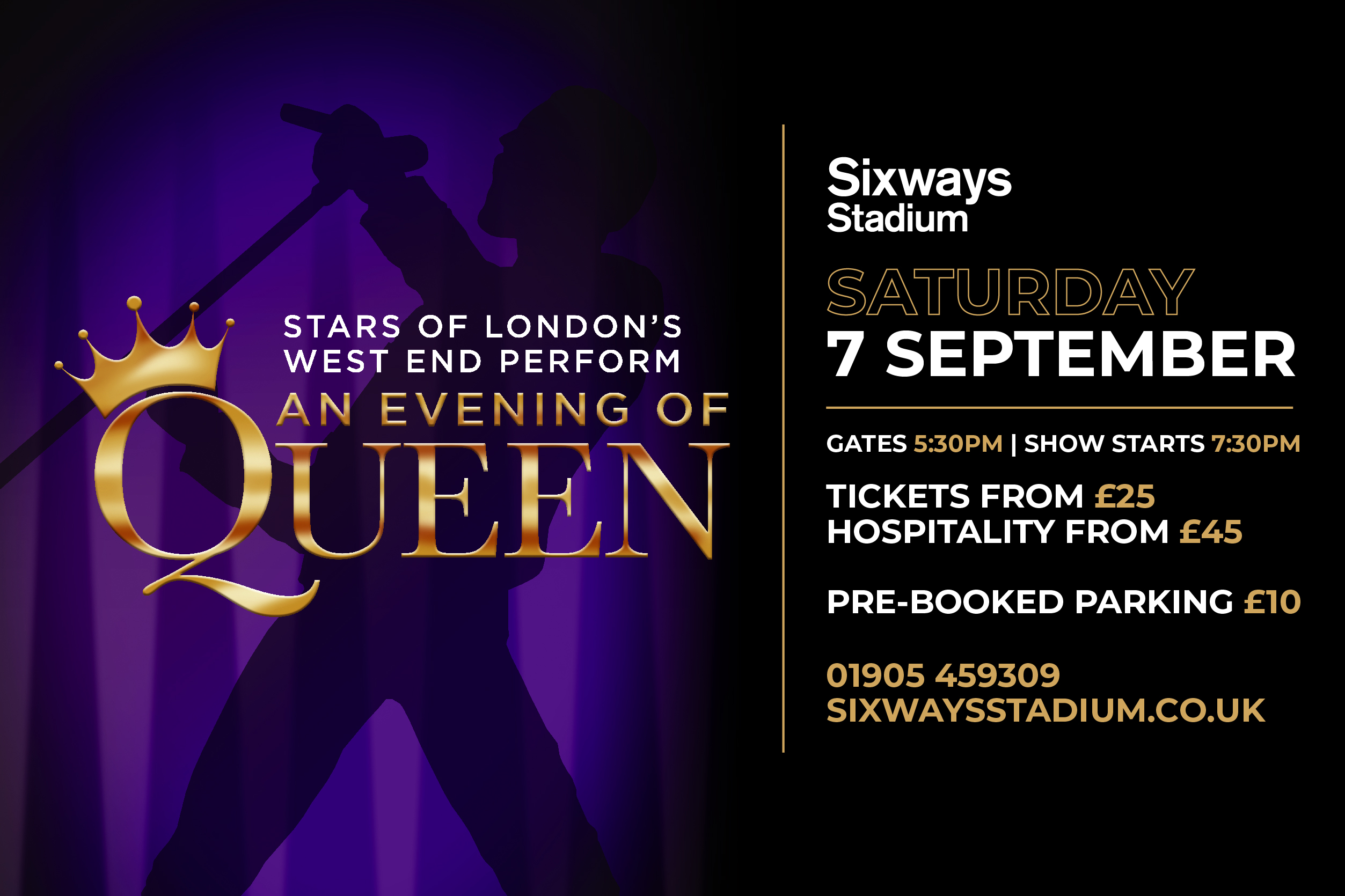 An Evening of Queen

Stars from London’s West End will visit Sixways later this year to perform a spectacular show featuring the music of Queen.

An Evening of Queen comes to Sixways on Saturday 7 September and will feature a dazzling cast of stars from the smash hit musical We Will Rock You including West End superstar Ricardo Afonso. Ricardo formerly starred as Galileo in We Will Rock You, fronted the cast in the opening ceremony of the London 2012 Olympics and had roles in various West End productions including Ghost, Top Hat the Musical, The Classic Rock Show and Women On The Verge Of A Nervous Breakdown.

The concert, which starts at 7.30pm, will feature Queen’s biggest hits on an outdoor stage at Sixways and is an event no rock fan will want to miss!

Standard tickets start from £25, however we have two hospitality options available now:

The buffet meal for both hospitality options is as follows: