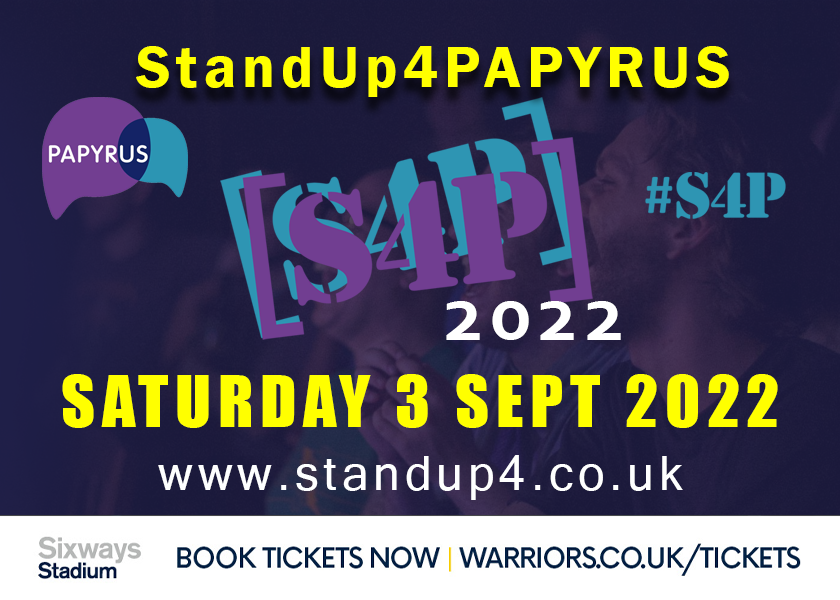 Join us on Saturday 3 September 2022 as PAPYRUS host their annual Comedy Night at Sixways!

Returning to the stage for the first time since 2019, to bring you an evening full of stand-up comedy! Hosted by Ryan Gough and in aid of PAPYRUS Prevention of Young Suicide charity.

PAPYRUS is a national charity dedicated to the prevention of young suicide, founded in 1997 by a group of parents, who had each lost children to suicide. PAPYRUS is based on the core belief that suicide is preventable, offering support and advice to all.

There are a range of tickets available:

A table of ten and includes a hot buffet. The VIP tables are available only available to book through emailing events@sixways.co.uk or through calling the ticket office on 01905459309

Proceeds of the Comedy Night will go to PAPYRUS to support the outstanding work they continue to do.