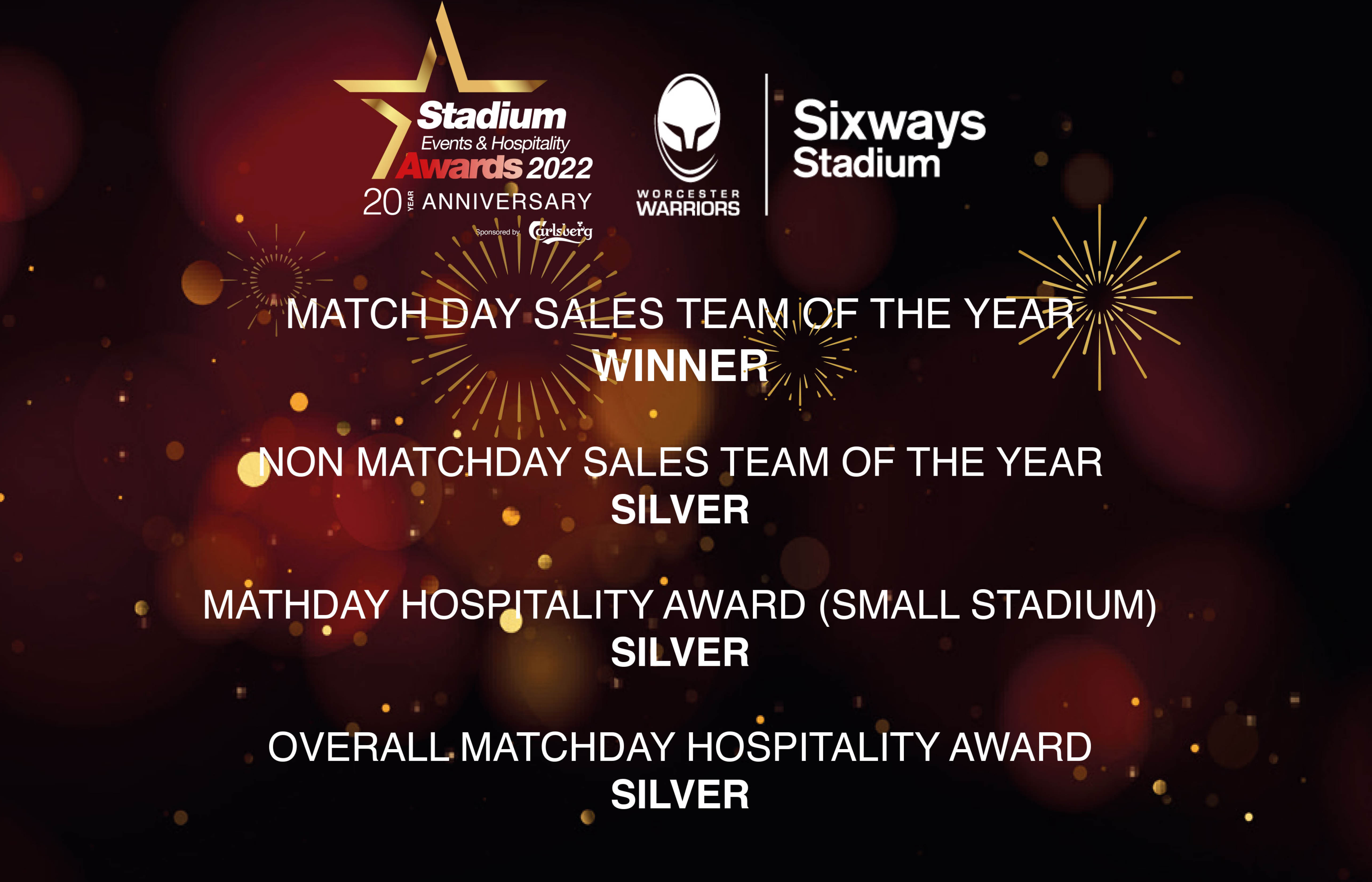 Warriors and Sixways Stadium were among the prize-winners at the prestigious Stadium Events & Hospitality Awards held at Anfield Stadium in Liverpool.

The Warriors’ team faced competition from more than 75 football and rugby clubs but took the top prize for the Matchday Sales Team of the Year Award sponsored by Green Gourmet. The Award recognises that the team at Sixways has demonstrated strategies for growth, brave new ideas, and overcoming challenges.

“We are absolutely thrilled that the excellence of the service we provide at Sixways and the dedication and hard work of our Commercial, Event and Food & Beverage teams has been recognised with these awards,” said Warriors Managing Director Peter Kelly.

“The competition was immense but we have a magnificent Warriors Family who are committed to treating our supporters and all visitors to Sixways with quality food and drink and the highest standard of service.

“The last two years have been extremely challenging for the hospitality industry in general because of the COVID-19 pandemic but the team here at Sixways have shown tremendous tenacity, loyalty and vision.”

“Having won the Premiership Rugby Cup last week it shows that we have an outstanding team on and off the pitch and one that we are very proud of.”

Laura Napper, Head of Venue & Events at Sixways Stadium, said: “We are so pleased to be recognised for the hard work and determination of the teams behind the scenes at Sixways.”

“This is a tough competition and the Stadium Experience Awards are well-renowned in our industries as stadia going above and beyond in achieving standards and really setting the bar.

“We are delighted to have been placed in multiple categories and look forward to striving to continue our journey to exceeding all expectations.”

The Stadium Events & Hospitality Awards, which were held for the 15th time, were sponsored by Carlsberg Marston’s Brewing Company and attended by 400 guests representing their teams in conference and events, matchday hospitality, chef teams, public catering, operational departments and senior management.

The event is organised by Stadium Experience annually and recognises the efforts and dedication shown by the catering, conference and events teams at every football and rugby stadium across the UK.

Since the awards programme began 20 years ago, around 450 awards have been presented to the very best in the business. 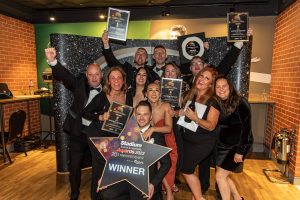