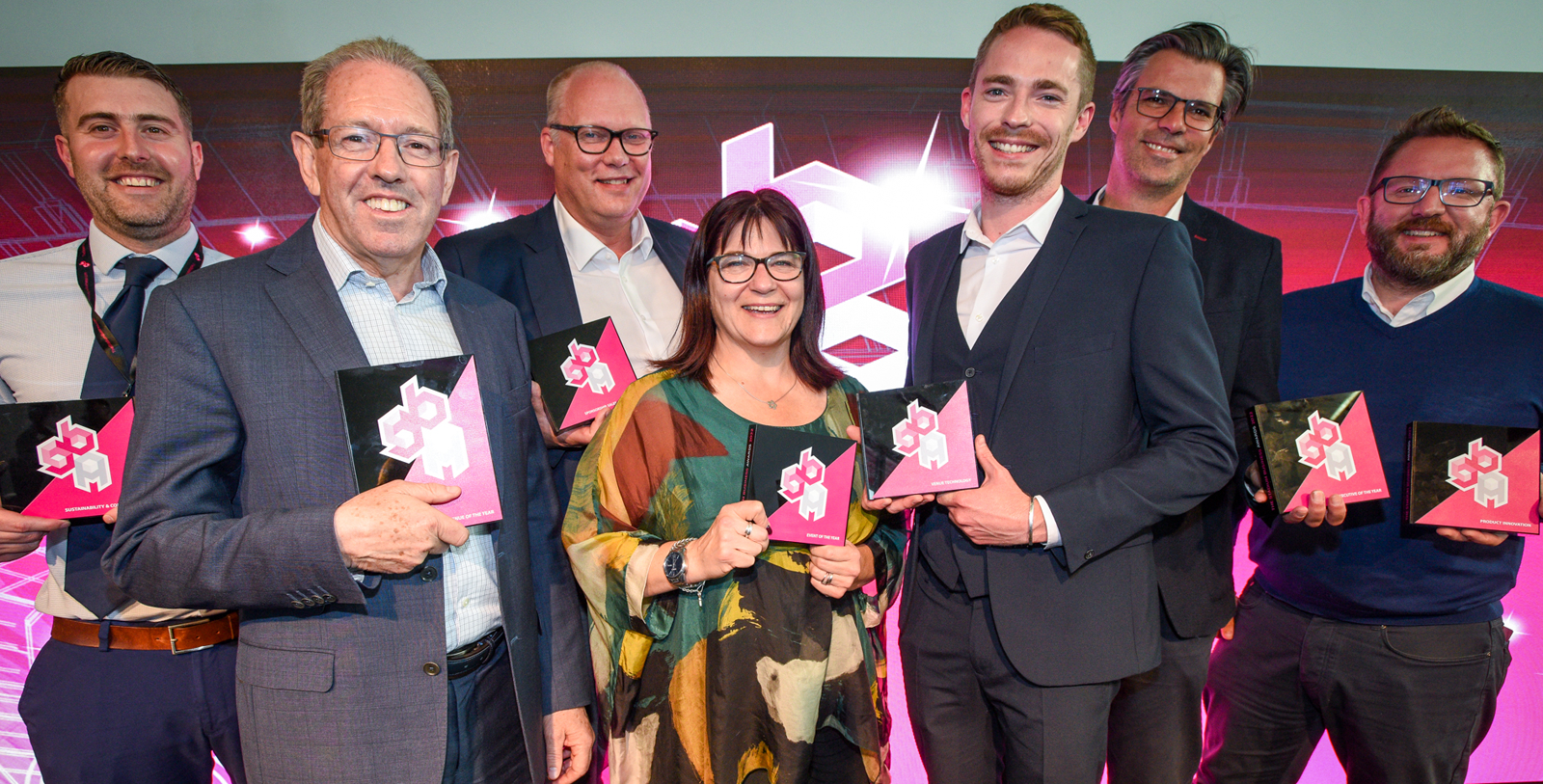 Sixways Stadium is absolutely delighted to have won the Event of the Year Award at TheStadiumBusiness Awards in Manchester last night, beating off stiff competition from the likes of Tottenham Hotspur Stadium and the Hard Rock Stadium in Miami.

The award went to the Gallagher Premiership rugby club for the success of their #ConvertToZero fixture, which saw Worcester Warriors take on Saracens at Sixways Stadium on Saturday 30 April.

As part of Warriors and Sixways’ commitment to tackling climate change, the club and stadium altered their matchday experience in several ways to demonstrate that a large sporting event can be run sustainably.

The settings of the big screens inside the stadium were adjusted to save energy and the matchday programme went digital only which saved 1.2 tonnes of carbon emissions.

Catering at the match focused on offering plenty of locally sourced meat-free options  and the club successfully delivered a shuttle service for supporters to travel to and from the stadium without the use of their cars.

“A lot of hard work went in to delivering a fantastic matchday experience, which was also in line with our passion for tackling climate change. We are delighted to have been recognised for our commitment to being a sustainable club as well as our ability to put on a great event at Sixways,” said Peter Kelly, Managing Director of Worcester Warriors.

“This is only the beginning and we have plans to host a #ConvertToZero fixture next season as well as a number of other exciting initiatives.”

The other nominations for the award included: –

TheStadiumBusiness Awards, which was staged at Emirates Old Trafford, is now into its 13th year and are the only awards to recognise a whole spectrum of achievements from across the global stadium industry.

The award follows the recent success at the Stadium experience awards in May, where Sixways won four awards, including Matchday Sales team of the year.